Every hero has a beginning...

One of the biggest barriers to new players enjoying table-top role-playing games is the rules. Table-top games such as Dungeons and Dragons or Pathfinder require, quite literally, a textbook to play. I have made a booklet here condensing some of DnD 5th edition's combat rules. This website however, covers a different set of rules: character creation.

Creating a new character can be a daunting, but nonetheless neccesary process. After all, if you dont have a character to play, you can't play a role-playing game. I have seen players not put any real thought into the character they create. This website is made to help both new and experienced players to create a memorable character. The following is the process I use to create characters: 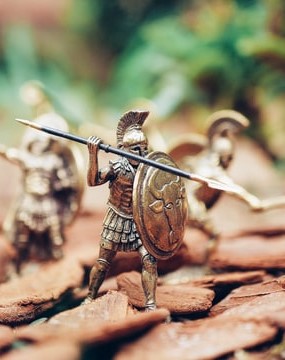 A few other tips which can help produce the best role-playing experience:


Examples of characters I have created myself for table-top RPGs. Hopefully some of these can be inspire your own creativity whether you are playing a role-playing game or looking to write characters.